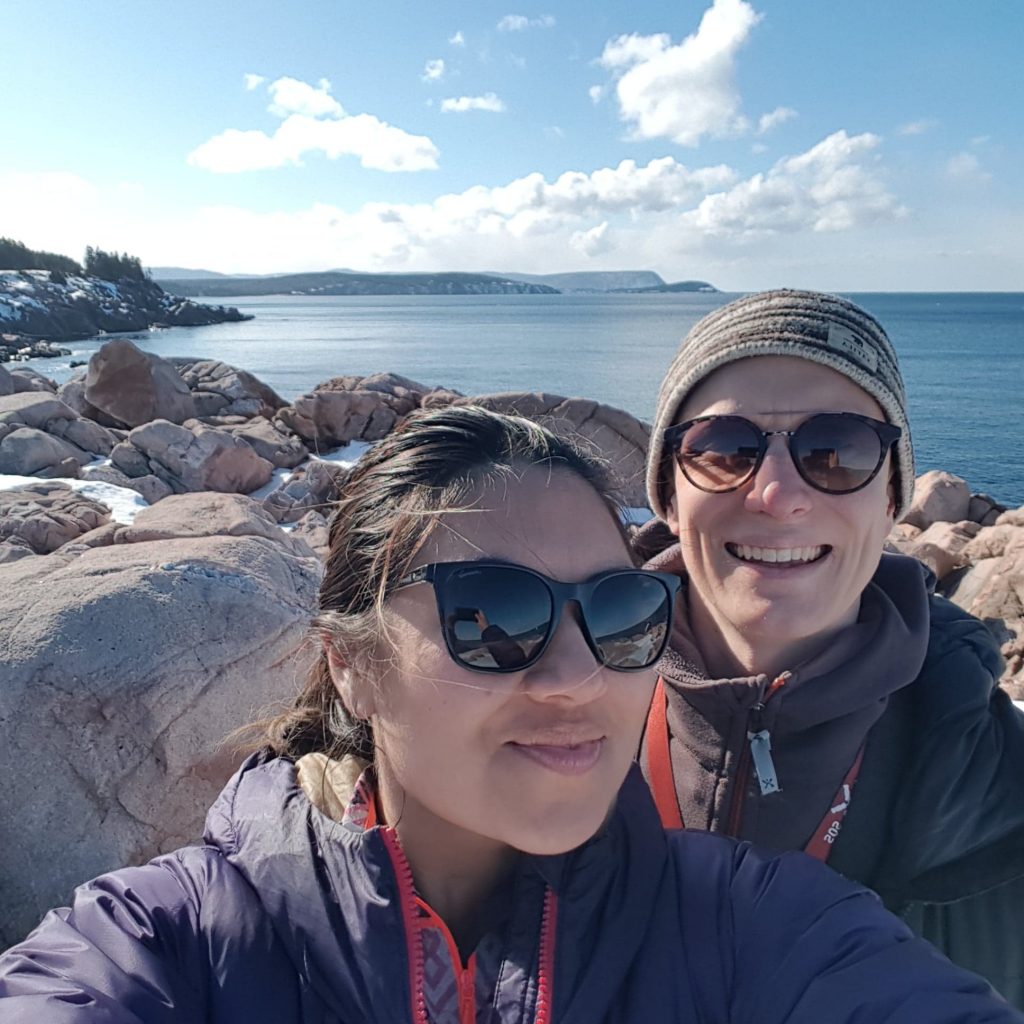 We’ve now lived in our camper for about a month and are coming into some kind of daily routine. We drive short distances since Atlantic Canada has a lot to offer and we’ve kept the tempo quite low, there’s a lot for us to learn about our new home and lifestyle. Nowadays we know that our two small gas tanks last for about a week if our intentions are to keep warm at night, we know how to wash ourselves inside the camper (without running water) using as little water as possible, how to clean a meals worth of dishes using hardly any water at all and that we have to keep tabs of the wind at night if I am to get any sleep what so ever. The winds can be quite powerful here along the coast, they can suddenly turn from a gentle breeze to a full blown storm without warning. They can make our camper shake terribly and I quickly get the feeling that we, including our entire home, will simply blow away like an autumn leaf in a storm. Nicholas holding me at night only goes so far. With our GPS-tracker we order weather reports continuously and Nicho was quick to show me that if we park our vehicle in line with the wind we can ease our nights considerably. Perhaps something obvious, but very important. 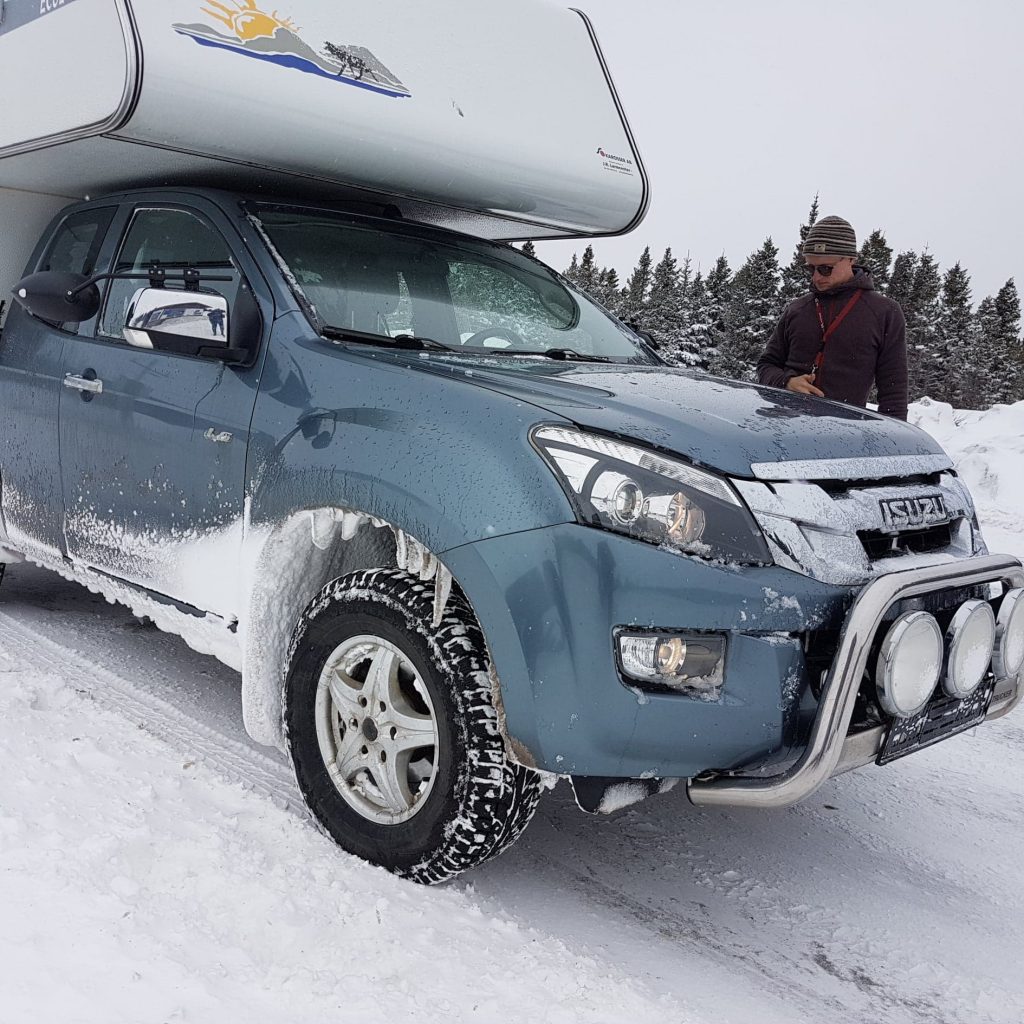 The canadians keep astounding us with their hospitality. They seem to have an unlimitied amount of time to help when a stranger asks for guidence. We’ve been offered shelter from the elements by a complete stranger, to sleep in his house. And after having had only a short conversation with a woman in a store, she bought us a towel with Canadian motives and hung it on our car door with a nice note attached to it. 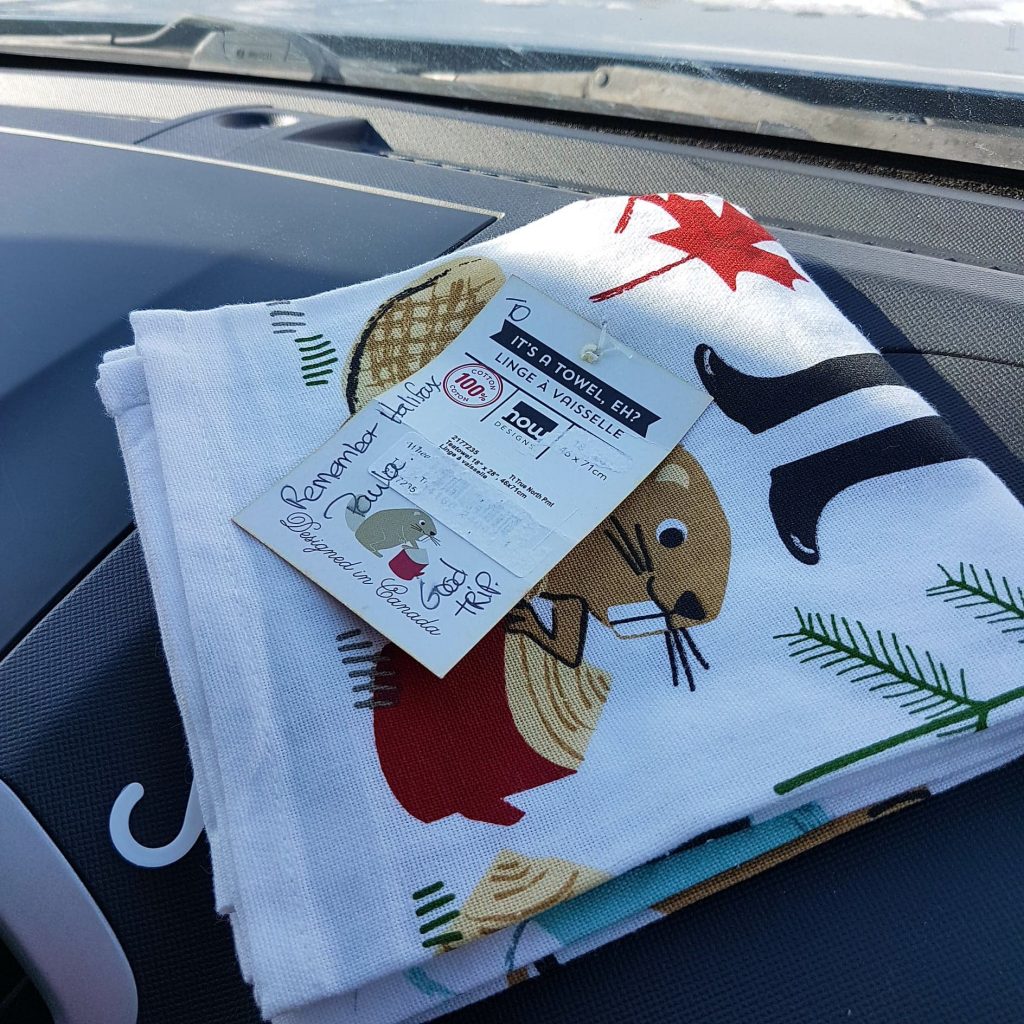 Many seem curious about our vehicle, not because it’s Swedish, but because it’s so small. It’s not just our pickup that’s small, the camper is aswell. They wonder wether it’s actually possible to live in ”that thing” at all, or if our tiny pickup has enough power to haul that camper around. Their reactions are’nt very strange, after all, we’ve come to pickup paradise. It feels like every other car passing us by is a pickup, and they’re enormous! The hoods of some of them look like that of a regular sized swedish semi. On the other hand, everything is bigger here… Speaking of which, the recreational trailers they have here are probably bigger than some apartments I lived in when I was studying! We usually laugh at those comments though, we can see several advantages with having a japanese truck. After all we’re very happy with our choice, and so far it runs just like a top! 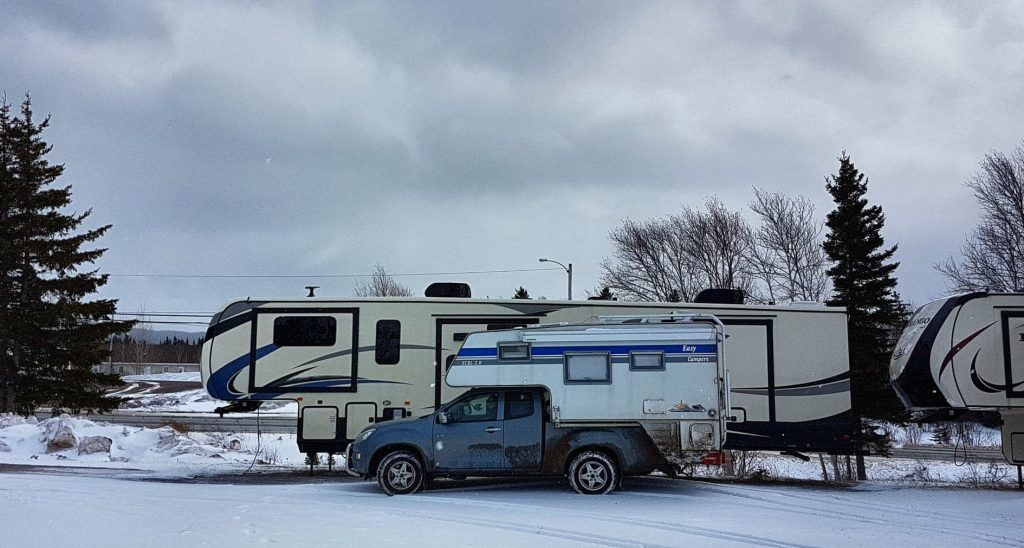 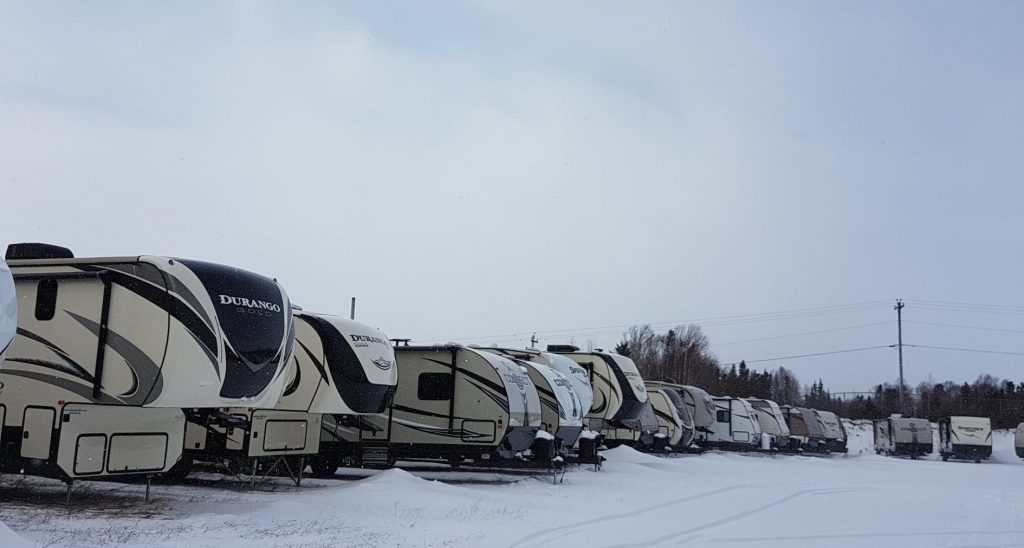 We’ve spent quite a lot of time indoors so far actually. After about ten days of travelling Nicholas got ill with a high fever, and a couple of days later it was my turn. We’ll keep a low tempo until we both feel well again, still the days are flying by. Soon we’ve been going for a month.

At night we occupy ourselves with cooking, reading and chess. We have no internet. As it turned out, Canadian simcards aren’t compatible with our Swedish phones. That surprised me since I’ve bought several simcards in Colombia when I’ve spent longer periods there. To begin with it was very frustrating not having internet, not because I need social media, but because I’ve never liked guessing, and now that we’ve begun this new chapter in our lives there’s a lot I need to know. Some days, life can feel somewhat miserable when there’s no Google 🙂 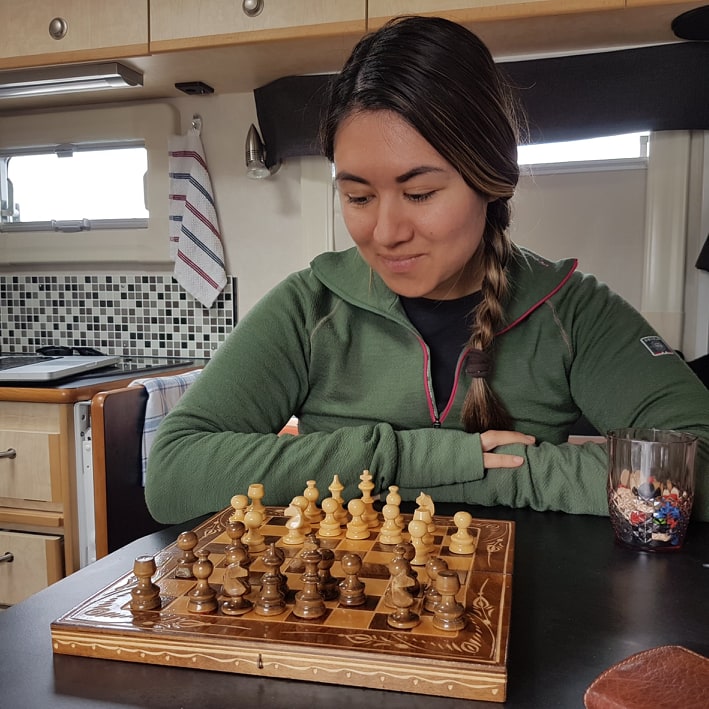 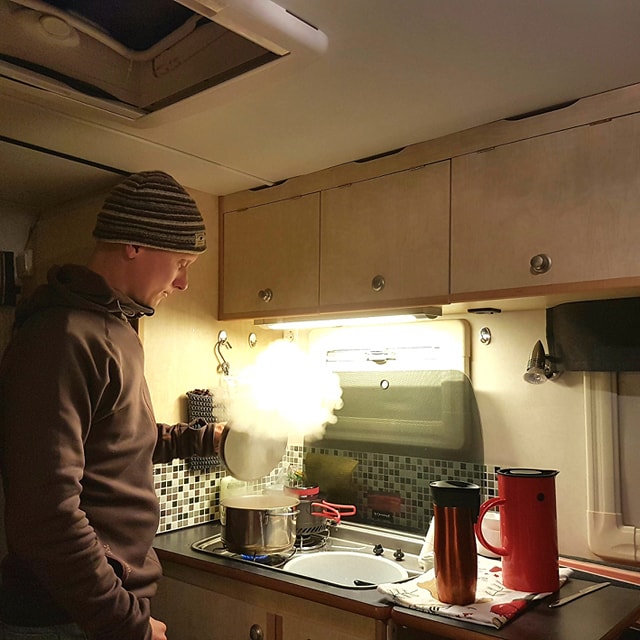 Still, I feel very privileged to be able to do this! And also very thankful that my partner has the same dreams as I do. After much planning we’re finally here and it can only get better. Soon, spring will arrive, and some much expected warmth with it, and it’ll be great to witness that natural shift in a new country.

8 thoughts on “One month on the road”