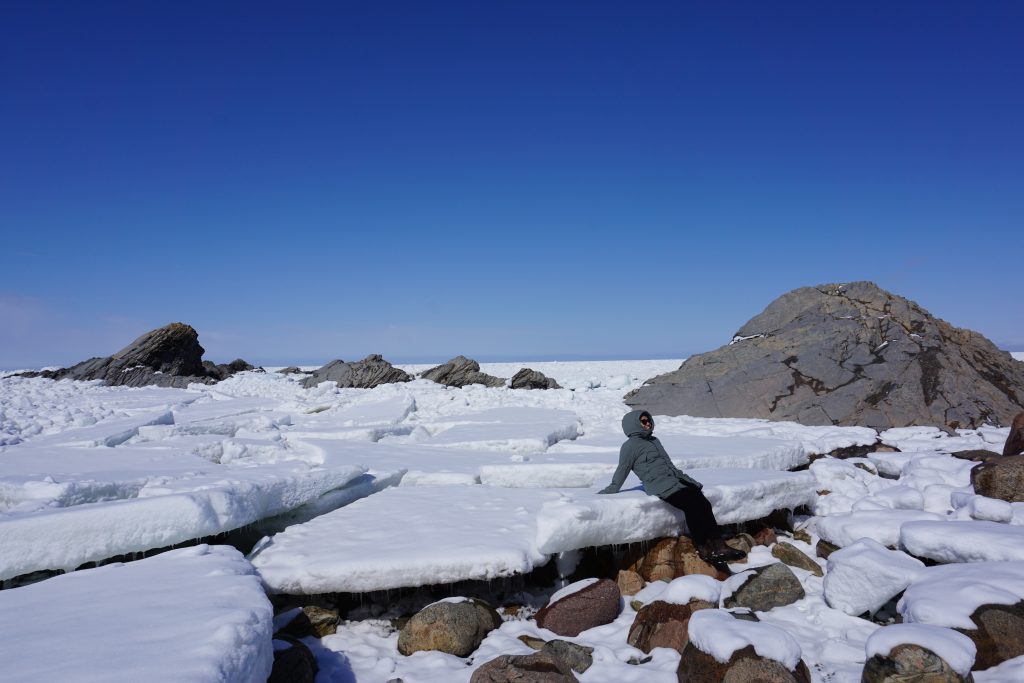 We booked the ferry from North Sydney the 31st of March, it was cancelled and expected to depart 18 hours later due to ice conditions across the St Lawrence straight. We departed at 23.45 on the 1st of April and arrived at 06.15 in Port aux Basques, Newfoundland. As we drove out of the harbour and headed north it was totally overcast, strong winds and a mix of snow and rain. However, the first impression of Newfoundland was still quite majestic. Mountains on one side and the icy ocean on the other, as the highway took us past a few towns and a whole lot of forrest.

With a lack of sleep from the previous night we badly needed a rest and found a nice place by the beach and slept for a couple of hours and later decided to stay the night. The winds kicked up quite a lot during that night and we got a first taste of the seemingly constant winds of the north Atlantic.

The next day we pushed on to reach Gros Mourne National Park and a campsite before nightfall. The drive leading up to the gateway town of Deer Lake was nice, but as we entered the park we were both quite awestruck by the scenery as the road climbed over mountain passes, past frozen lakes and rivers and alongside fjords. We made our way towards Trout River which was on the other side of the mountain where we where. The drive from Bonne Bay to Trout River through the mountain pass was magnificent, an almost moonlike landscape, though very windy.

The mountain you drive past up there is reddish in color and is a special site for geologists. The rock was pushed up from the earths mantle millions of years ago and is part of the evidence for scientific theories such as the movement of the earths tectonic plates. The park is a UNESCO World Heritage Site and a truly stunning piece of land.

Next day, as the road meandered through valleys with mountains on each side for about 150 km, it finally leveled out along the west coast. Past tiny fishing villages, forests and grassland and with the mountains always well visible in the background. We found a nice place with decent protection from the wind in a beautiful bay and summerly fishing dock. 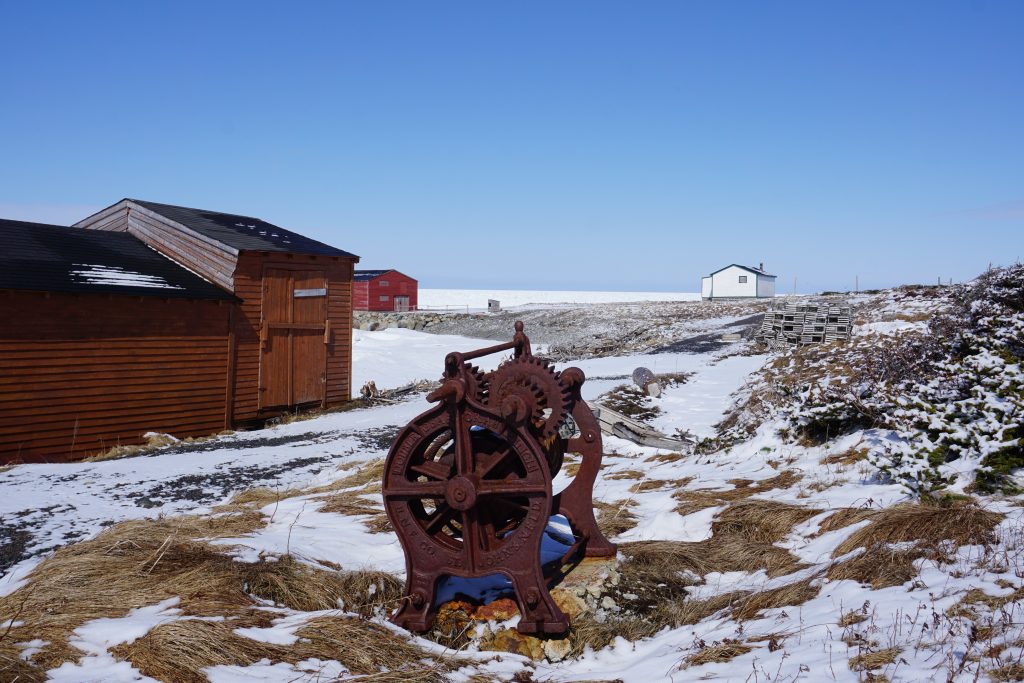 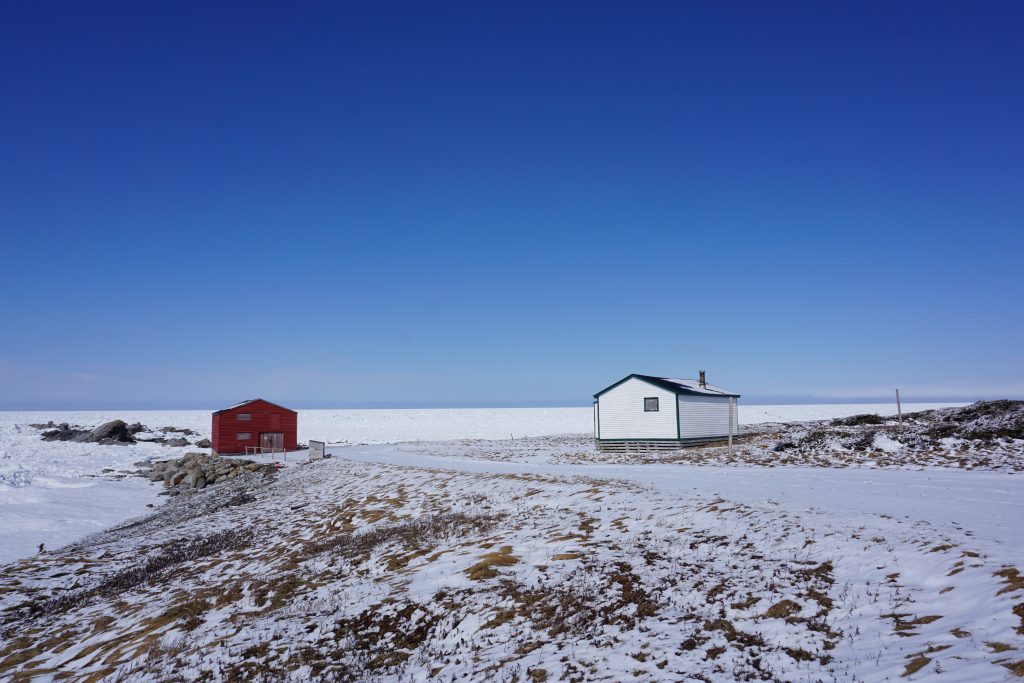 The wind is definitely a factor to be reckoned with here, the trees are packed tightly together and seemingly shortened to keep the wind from breaking them. That night the wind picked up and rocked the camper for a little while until we had time to adjust the direction of the vehicle. The coming day a snowstorm was going to hit the coast so we hit a town about an half hours drive north called Cow Head and hunkered down, with wifi no less…

The owner of the Motel we got to stay outside of was a truly nice guy, he let us use his facilities, wi-fi and made calls for us. The storm slowed us down a little bit, but we got to do some planning ahead and as we had already decided, we wanted to use this opportunity to go to Labrador. The next few days we looked into if was possible to drive from the eastern coast of Labrador all the way to Quebec.

Contrary to what everyone told us in Nova Scotia about Labrador, it turned out that it was possible indeed. First though, we needed to get some extra supplies and hope that all the ice in the straight clears within a reasonable amount of time. 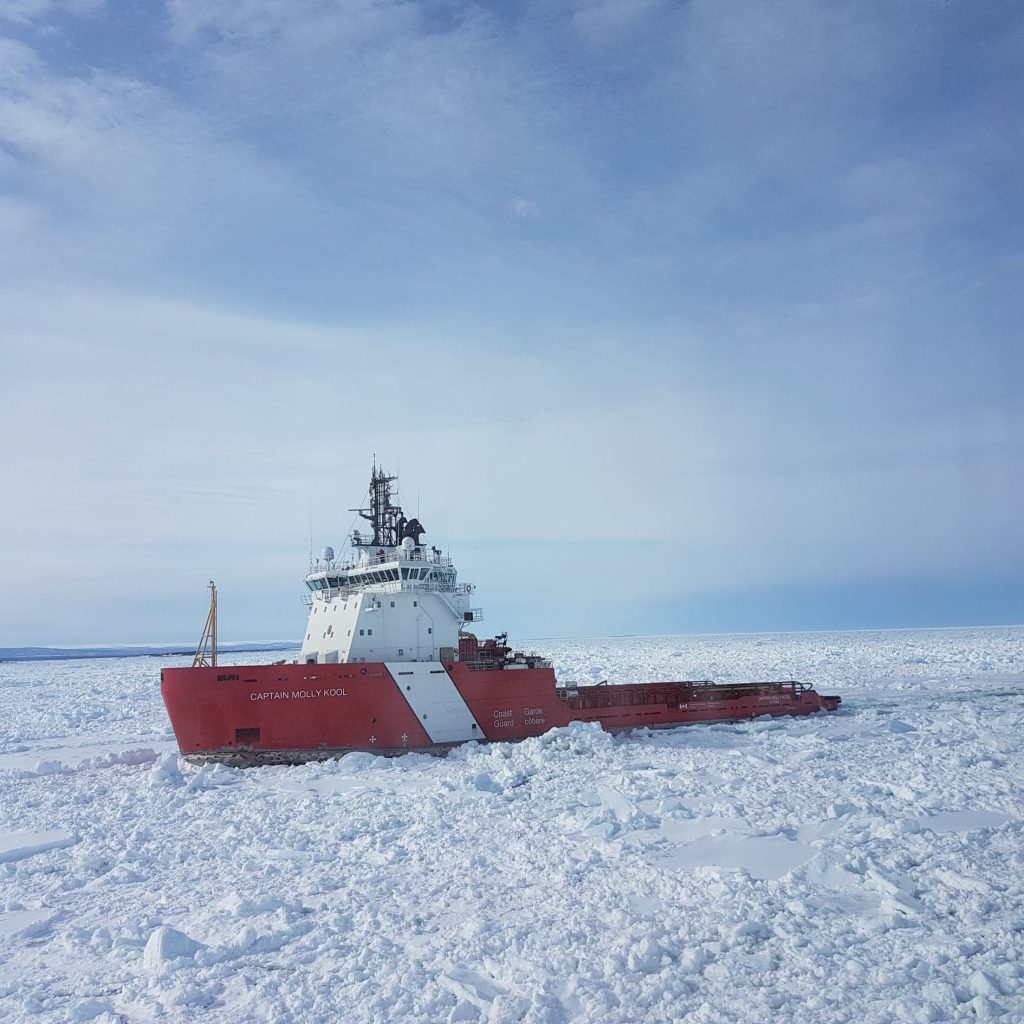 They say it clears every now and then this time of year, all it takes is a good easterly wind… or an icebreaker, and as it happens, one is on it’s way up here right now. If we get across we have got some incredible sights of us, and at least 600 km of gravel road… yes, that’s right, 600 km, and in total about 1800 km through one of the most inaccessible regions in the world with untouched wilderness and unpredictable weather. The province of Labrador is a little smaller in surface than Norway, however it only has about 30 000 inhabitants, most of them are of Inuit or other First Nations decent. 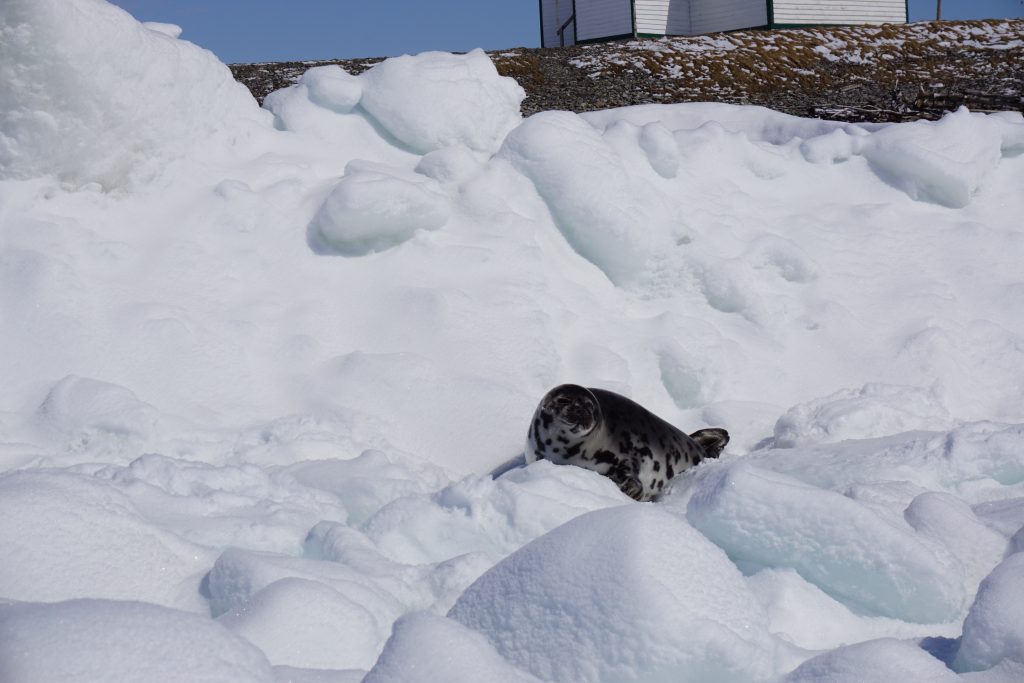 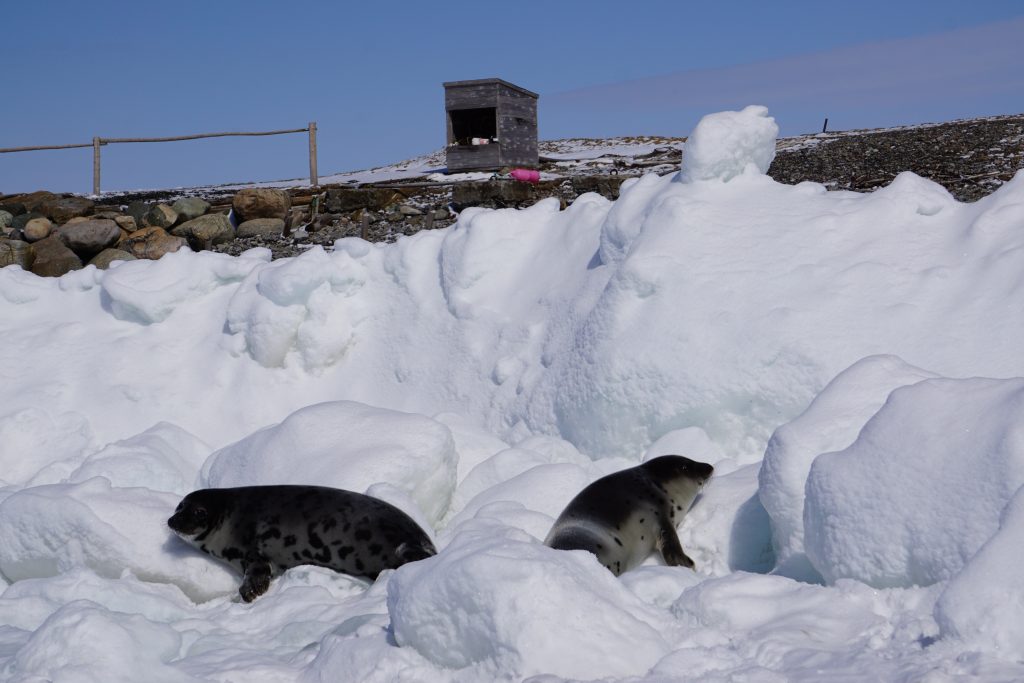 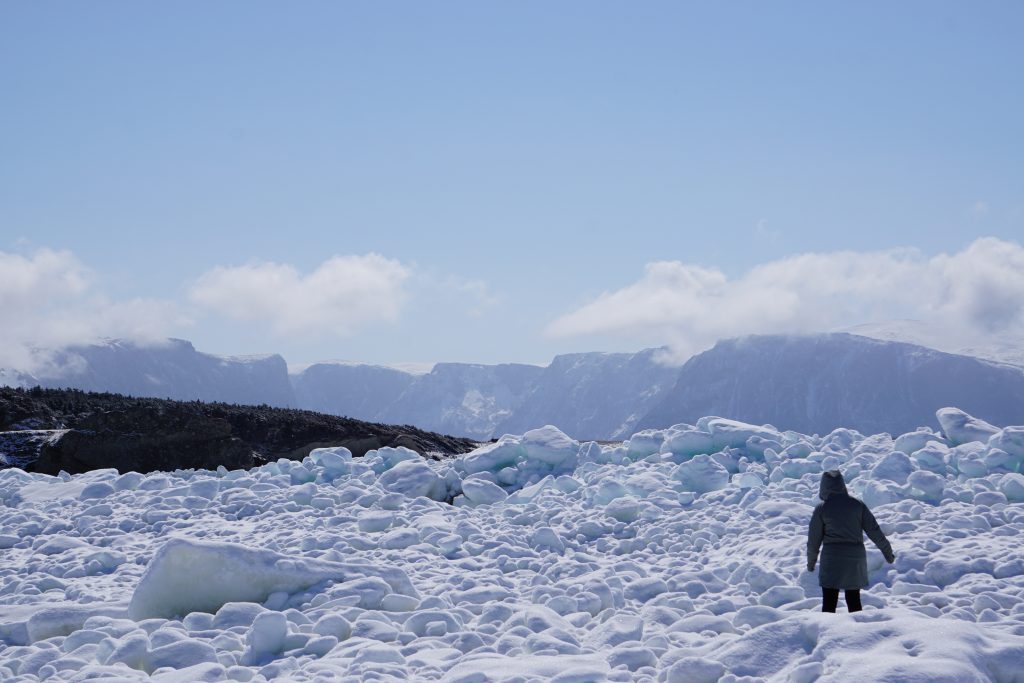 This time of year polar bears follow their favorite pray, seals, across the pack ice which is currently covering the Straight of Belle Isle. If we’re veeery lucky, we just might see one, seals we have already seen.

Remains to be seen though if we can take the ferry or not.